A steam drum is a standard feature of a water-tube boiler. It is a reservoir of water/steam at the top end of the water tubes. The drum stores the steam generated in the water tubes and acts as a phase-separator for the steam/water mixture. The difference in densities between hot and cold water helps in the accumulation of the "hotter"-water/and saturated-steam into the steam-drum.

The separated steam is drawn out from the top section of the drum and distributed for process. Further heating of the saturated steam will make superheated steam normally used to drive a steam turbine. Saturated steam is drawn off the top of the drum and re-enters the furnace in through a superheater. The steam and water mixture enters the steam drum through riser tubes, drum internals consisting of demister separate the water droplets from the steam producing dry steam. The saturated water at the bottom of the steam drum flows down through the down comer pipe, normally unheated, to headers and water drum. Its accessories include a safety valve, water-level indicator and level controller. Feed-water of boiler is also fed to the steam drum through a feed pipe extending inside the drum, along the length of the steam drum. 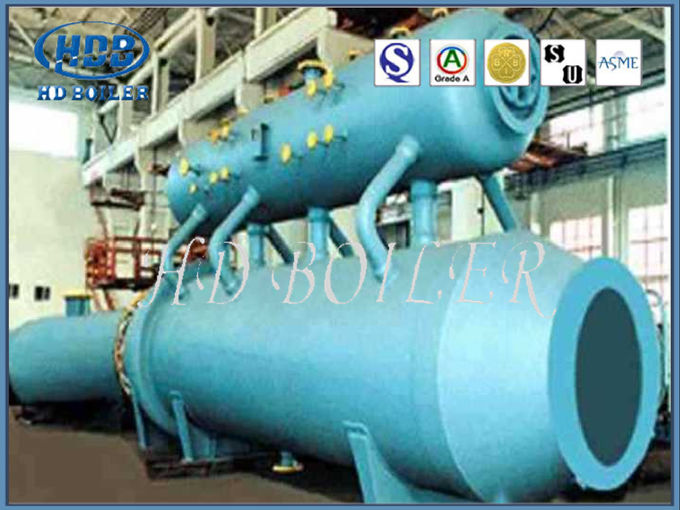