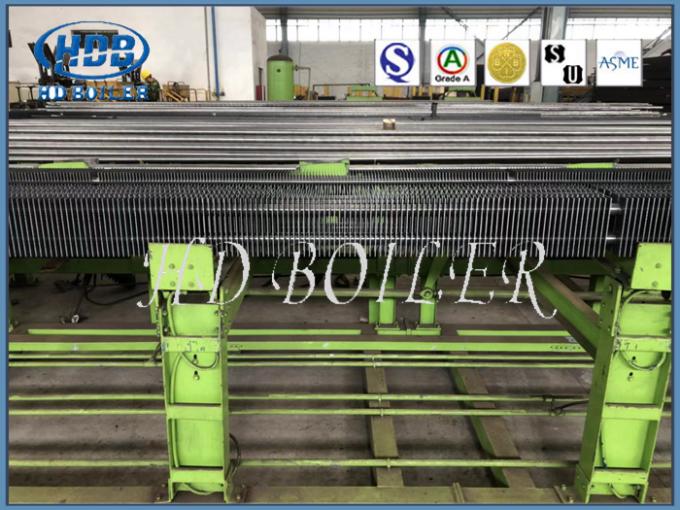 Our products can be modified according to our customers' needs and the situation.we design and manufacture safe,reliable and efficient H-fin tubes.HD BOILER has also completed stand-alone product quality assurance systems.Production of H-fin tubes are with high heat transfer efficiency, they have flue gas resistance and are designed for a small space.

The wear is mainly due to the impact and cutting effect of gray particles on the pipe. The wear is the most severe around the pipe at a level of 30 degrees. When S1/d=S2/d=2, the wear amount here is 3 times of the average value.

A gap of 4-10 is left in the middle of the h-type fin, which can guide the air flow to sweep the pipe fin to accumulate dust.

As the spiral Angle of the fin guides the flow direction, the ash accumulation of the fin tube is more serious, and the economizer which does not form loose ash cannot be used.Field operation shows that the h-shaped fin tube does not accumulate ash, while the spiral fin is seriously.

The longitudinal fin tube is formed by the flow of air along the fin as the fin is welded on the surface and back of the accumulated ash.Some areas are prone to dust accumulation.

The h-shaped fin, which forms a straight channel on both sides, has the best blowing effect.

The pipe set is much compact and reduces the height of tail smoke well.

The total weight is greatly reduced and the load of the suspension system is reduced.

Reduce the operating and investment cost of induced fan.