Superheater is the part that heats the steam from the saturation temperature to the superheater by the boiler. It is also called the superheater.
Superheater can be divided into convection type, radiant type and semi-radiant type according to heat transfer mode;
According to the characteristics of the structure, it can be divided into serpentine tube type, screen type, wall type and wall type.
They all consist of a number of parallel pipes and inlet and outlet manifold.
Most industrial boilers do not have superheaters because many industrial processes and utilities require only saturated steam.
Superheaters are generally installed in power stations, locomotives and Marine boilers to improve the thermal efficiency of the entire steam power plant.

Reheater is actually a kind of steam superheater which heats the low-pressure steam after work and reaches a certain temperature. The role of reheater further improves the thermal efficiency of the circulation in power plant, and makes the steam temperature of the last stage blade of steam turbine controlled within the allowable range.
A reheater is a boiler that converts steam from a steam turbine into superheated steam.
The reheater has two functions: one is to reduce the moisture of water vapor, which is beneficial to protect the turbine blade;
Second, the relative and absolute internal efficiency of steam turbine can be improved.

Generally 30 ~ 60 mm.The most common type of flow superheater is serpentine tube.It has a more intensive tube group, decorate in 450 ~ 1000 ℃ flue of the flue gas temperature, flue gas of vertical and lateral erosion.The flue gas mainly transfers the heat to the pipe by convection, and some of the heat is absorbed by radiation.The plate-type superheater consists of a plurality of tube screens, arranged in the upper part of the furnace or at the outlet, belonging to the radiation or semi-radiation type superheater.The former absorbs radiant heat from the furnace flame, while the latter also absorbs some convection heat.In power station boilers above 10 mpa, both screen type and serpentine type superheater are commonly used to increase heat absorption.The wall superheater applied on the inner wall of the furnace is radiant superheater, which is seldom used.The wall-mounted superheater is used in the large capacity power station boiler to form the wall of the furnace top and convection flue.The picture shows the arrangement of several superheater.The small capacity industrial boilers with superheater can meet the requirements only with single stage superheater.

The reheater layout follows the superheater layout, including convection, radiation and semi-radiation.

Semi-radiant reheaters (plate superheater) refer to reheaters that absorb more radiation from the furnace (more than 1/2 of the total heat). 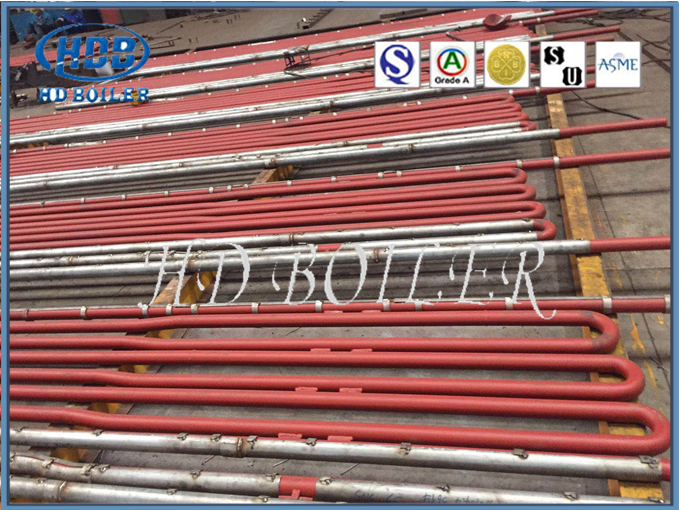